Posted on October 3, 2014 by glowerpower 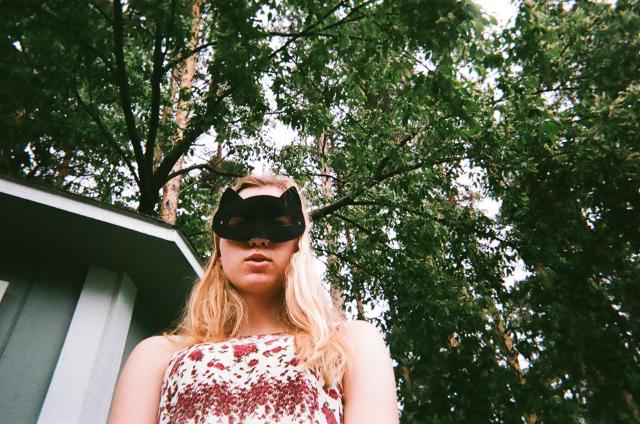 you know how a manifesto acts as a blanket for whatever it is that it’s covering? how it hovers around something like an orb, pulling you in and preparing you for whatever it withholds? it has the ability to stir your guts and make you queasy with anticipation and it can feel like flowers smell, or how the stars look in the night sky when you’re outside of the city for the first time in months. it sets the tone. it grants possibility. that’s why i’ve decided to write a manifesto for each month of my life – before it happens – because without purpose, as big or small as it is, it’s easy to float around unanchored in time.

october calls for strength, but not in any particular way. like being there when you say you’ll be there, searching the smallest corners of yourself to sweep up the cobwebs and collect them in a jar, to reflect and inspect and make so many lists that your head falls off, like calculated choices and having a means to an end, dedicating time to something new, using your hands, taking strolls in the dark and trying new vocabulary, categorizing goals but not just to organize them, to tick them off – finding the strength to start and to complete, but understanding that strength is a construct and so constructing away in whatever manner you see fit, and putting things to rest, like the idea of personal borders and limitations – setting standards and then having the tits to fulfill them and when you feel like pressing pause, taking a breath, smirking and pressing fast forward instead, rising to the occasion so often that you feel taller. october looks like you, like you looking in a mirror and focusing too long on things, not to critique though, to revel in, and realizing the beauty in capability, pushing your body to new places so that appearance isn’t the only thing making it worthy of praise. october smells like rain and then rubber because you’re not staying inside on a bad day, you’re putting on boots and exploring, saturdays in the kitchen and asking questions and measuring things and being precise because sometimes it’s good to have order, realizing the power in planning, like control and patience and butterflies when you don’t need to stretch too far from the mundane for a good time. it sounds like talking in your sleep, swapping playlists and desires, sharing the wealth of everything around, going out and taking things in and not keeping them for next time – using them, making your own halloween costume and flossing your teeth and brushing your fingers along every surface to see what you like best. it looks how dust settles, but not you, you’re not settling – like preserving good things and cackling in quiet places because you have a voice, not shrinking if you don’t feel small. telling it how it is but mostly to yourself, holding the door and not letting anything get the best of you unless you want it to and giving yourself your best, using your peripheral vision and making moves and getting jazzed on things. october looks like shaking things up and seeing where they take you because everywhere is somewhere a little different and bewilderment is what gives you muscle.

check back at the end of this month to see how i chalk up to october’s theme. and hey, i mean, let me know what you did to fulfill yourself during the month if ya really want to: theglowerpower@gmail.com