THE PEACE OF ADVICE 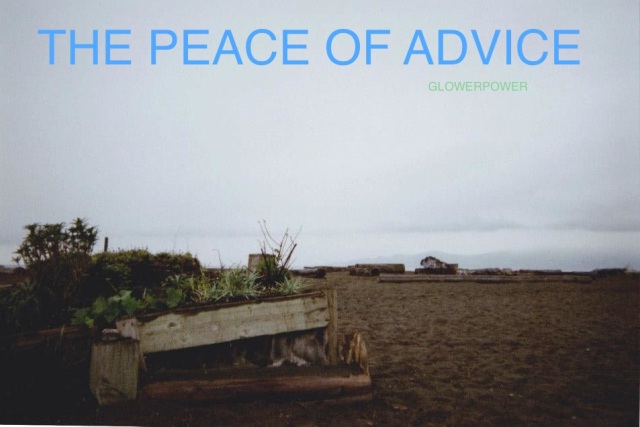 this piece of advice came to me about two years ago, and through the wisdom of a pretty crap movie. by the time you read this in its entirety, you will roll your eyes because i have contradicted myself in this very first sentence. anyways, this piece of advice came from a quote within that film, one that hit me hard, mainly because i embodied the problem that this quote aims to critique.

“you think it’s cool to hate things. and it’s not. it’s boring”

i guess i had never really thought about it until this statement caught my eye…err …ear, but up until that point, i really did think it was cool to hate things. i don’t mean to say that i consciously decided that this was one of the qualities of being “cool”, but more so, i had been living with the notion that being judgemental of things depicted higher standards, especially when it came to popular culture, something with which i usually had a bone to pick.

i had always wanted to define myself, but the only way i found that i could really cement my taste for things, was to bluntly and comfortably do so through the vocalization of the things that i hated. i would scoff at anything played on the radio, because “these aren’t real artists”, i would aggressively bitch about certain mainstream styles because i thought they were so obvious, or outwardly judge people for liking friends or gossip girl, and overall, i just seemed to carry myself with the weight of hatred, thinking that it highlighted my ability to be critical of things.

i guess maybe i was just super unconfident, because my worst fear was for people to mistake me for being a part of something that i didn’t find reminiscent of the way that i wanted to be perceived. in order to take control of this, or so i thought, instead of always talking about what i loved, i would take any opportunity to angrily slam taylor swift, or roll my eyes at grey’s anatomy or laugh at my friends for liking rom coms.

the thing i didn’t realize was that one, like olsen says in the film, no one wants to listen to someone talk about the things they hate, it’s boring and unpleasant. two, it’s rude. i never really thought about how my hate for things might become offensive to people who liked whatever it was that i was rallying against. who was i to place judgement on things, or determine what is good and what is garbage? sure, everyone is entitled to their own taste in things, and i certainly still have mine, but unless asked what you think of something, it isn’t really fair to go on an uninvited hate-spree. what i came to realize, after sitting with this quote for a while, was that outwardly hating things didn’t make me cool, it made me a jackass, one who acted like my taste was superior to others, and like my opinions, on what i deemed to be idiotic and uninteresting, were valued or welcomed.

don’t get me wrong, i definitely still dislike a lot of things, and i still do have a picky taste when it comes to the music, fashion, art, and film that i enjoy surrounding myself with; i realize now, though, that it would only make sense that these, the things i love, are what i tell people about, because those conversations paint an equally, if not more accurate representation of what i’m all about.

i’m also not as worried about upholding a certain reputation as i used to be, because i think this is where my whole hating-things problem came from; two years ago, before this simple quote made me do a lot of thinking, i would have never said that i like taylor swift, or that i loved some new rom com, for fear of my taste being questioned. the truth, though, is that i do like taylor swift, and i do like rom coms, and the fact that i do like these things, doesn’t take away from the validity of my love for other more independent or artistic works.

so, thanks to a presumably low budget, kind-of-just-okay film surrounding something that i know too well, liberal arts, i have become someone who consciously tries to only talk about the things i like, and who doesn’t take it upon themselves to judge what other people are into, but instead, can just appreciate how different everyone’s taste is. it’s not cool to hate things. it is boring.

post script: i am not a saint. this is a work in progress. i was recently v grouchy when i walked into my friend’s house and they were all watching grey’s anatomy. i am a dick sometimes.

am a 22 year old (wo)manchild, with an affinity for cacti and secretly recording myself singing songs by rihanna...
View all posts by glowerpower →
This entry was posted in The Peace of Advice and tagged advice, hatred, liberal arts, movie, popular culture, quote, taste, the peace of advice. Bookmark the permalink.