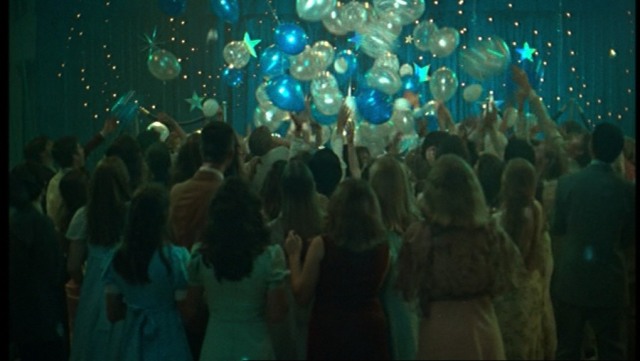 we were driving down the road, trying to cram our last minute christmas shopping in, when i asked her what her new years resolutions were going to be. she responded, saying that she didn’t think there was any reason for new years resolutions, that people should just be able to change for the better without a list…but then laughed and said that she probably wouldn’t change for the better anyways.

i probably wouldn’t have disagreed with her remark two years ago, when new years resolutions were something that i, myself, scoffed at. how dare society pressure me to buy into the self-betterment routine at the beginning of the new year. i am myself unapologetically! but i think that’s the whole problem right there, people aren’t using the new years resolution to its full potential, because it seems like they’re constantly making it about self-betterment, rather than about interest/joy/curiosity (although, of course it can be about both, or as a result of one or the other).

i get what my friend is saying, that it can be unrealistic to take inherent qualities like your tendency to sometimes judge people, or your need to indulge in dessert once in a while, things that you really don’t think you can change, and write down that you’re going to suddenly change them, in a little notebook that you probably put on a bookshelf that you never visit. for some reason, too, it seems like this is what the understanding of the new years resolution is to most people; people are vowing to cut out sugar for a year, to never swear again- changes that are maybe too grand, and therefore, can be unattainable, especially if there isn’t a plan of action on how to achieve these goals written into the resolution itself. so because the socially scripted new years resolutions are sometimes unattainable, people like my friend find them to be pretty useless.

and i think that a lot of this distaste towards new years resolutions is sparked from the idea that a change has to be made. for lots of people, making a positive change is fantastic, but it is scary when you’ve decided to make a change, maybe you’ve even told people about it, and then suddenly you have this responsibility to make it happen…and what if you never make it happen? it’s like when you tell people you’re on a diet and then they see you purchasing pizza and chips at 10pm on a monday night. it’s embarrassing! and that’s why i’ve tried to make new years resolutions different for myself.

i explained to my pal that for me, new years resolutions are a great way to make goals, rather than commitments towards huge personality or bodily adjustments, that will allow me to achieve the things that i want to achieve. i usually just try and make a list of things that i want to do, activity wise, and i don’t even bother writing down “be a better person” as one of my resolutions, because for me, the activities that i try and hold myself to, usually make me a better person, simply because they are activities that i enjoy, that make me feel accomplished, and that are for myself. for example, last year, some of my new years resolutions included: travelling (check), submitting written work to a contest or publication (check), making my own juice (check). i didn’t even really have to tell anyone about my resolutions in order to accomplish them, because they were all things that i genuinely wanted to do, rather than things that i felt like i was supposed to do. however, in the case of the submitted work, i did tell my parents, which held me accountable when there was a submission deadline approaching; that extra push was an asset and really helped me achieve my goal of getting the work sent in.

i found that over the past couple of years, since i’ve abandoned the CHANGE YOURSELF gimmick of new years resolutions, i’ve actually achieved things, rather than wasting my time pretending that i’m going to “be my best self every day for an entire year”. that just isn’t going to happen for me, because even though i like the sound of it, it isn’t attainable. so instead of making my resolution to lose 5 pounds, i challenge myself to try a new class at the gym once a week, something that encourages health with the excitement of trying something new, meeting some friends, and rather than focusing on a certain number, focuses on the promotion of a healthier lifestyle, all together.

so i know that what my friend said has some truth behind it, because i’ve felt the same way before. for me, the whole idea of making positive changes just couldn’t be attained through restricting rules and regulations at the beginning of the year, but rather, i find they come from challenging myself to make room for my hobbies, interests, and goals somewhere in the span of a year. for example, this year a couple of mine include:

so whether it be to say “yes” to an invite once every month that i usually wouldn’t say yes to, or to spend one week of the year without producing unnatural waste from food, i find that my new years resolutions become most beneficial to me when they involve things i’m interested in doing, and that are within reach. it’s always good to have a little reminder to engage in positive action, which is why, for me, new years resolutions have forged an exciting outlook on the year ahead.

am a 22 year old (wo)manchild, with an affinity for cacti and secretly recording myself singing songs by rihanna...
View all posts by glowerpower →
This entry was posted in Stories and tagged achievement, changes, fears, goals, interests, new years, plans, pressure, resolutions, society, stigma. Bookmark the permalink.