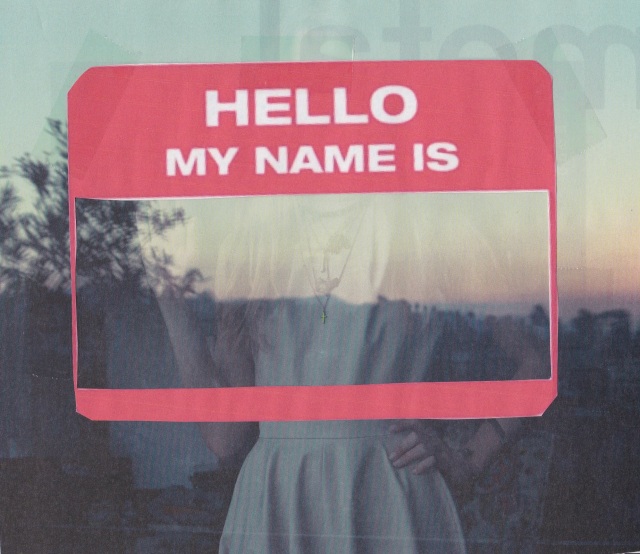 ahh nicknames, a legacy that we have earned, a cherished story, a term of endearment, a praise for something ridiculous/gutsy/embarrassing we have done. nicknames are great because, like the S.S.F.S (see in “zest o life”), they are a cozy reminder that we are surrounded by love – even if our nickname is “shitdick”.

i have always loved nicknames and, even though i have about three from my family, which are used more often that my real name, i have always desired the ever glorious ~friendship nickname~.

there is something supernatural about a nickname that a friend or group of friends gives you. it’s like a rite of passage. a badge of honour. it overshadows the family nickname, which it shouldn’t – but it does, because we feel like our families are obligated to have nicknames for us – that parents just naturally produce nicknames for their kids, probably during that very first panicked moment when they cannot remember our names. regardless of how it happens, the family nicknames that i loved still never quite cut it.

this is when i took matters into my own hands.

i have always tried to have a nickname produced for me. i’m not arguing that this is not sad, but am hoping that someone equally as lunatic as me is reading this. it began in high school, when i made it my task to create nicknames for other people. here i was, thinking i was all clever and sorts; if i made a nickname for someone based off of an inside joke or something that doesn’t even really have any relevance, but sounds nice, then they will have to return the favour…right?! RIGHT?! no. despite the multiple nicknames i have conjured up in the past, i seemed to always miss the boat when it came to obtaining my own catchy little pet name.

then i went to university. then i got a “nickname”. the reason it is in quotation marks is because it is the worst nickname ever (sorry if any of you beloved sons of guns are reading this. i love you). within the first two days of university, all my friends on my floor were calling me “emz”. yes, “emz”, as if this were a nickname. if you’d like the history of this nickname, here you are:

it derives directly from my name, which is emily. vuala.

while it was obvious to me that this was no nickname, the clever “z” somehow blinded my circle of friends into thinking it was genius. however harsh i am being on this poor little nickname, i do love it and that is because i love all those lazy bastards, who probably shortened my name so that they could remember it during the awkward introduction phase of university.

anyhow, things accelerated on the self-nickname-quest front just recently, when i pulled the unthinkable. my friend julia and i had been hanging out one night, and during some awful joke we made, which neither of us can remember, the name “pepps” was coined. we must have been watching something, reading something, who knows what we were doing, but we ended up laughing whenever we referred to a certain character as pepps. pepps sounded good to me. i liked it. i liked the length of it, the sound of it, the spunk of it. i liked all of it, OKAY? so i decided i’d sneakily take it for my own. the days following this mysterious hang out included a lot of me referring to myself as pepps; i’d text julia and desperately end it,

i think i did this about four times, in the hopes that she would catch on, and eventually, without my blunt force, call me pepps. this never happened. i was defeated. i cancelled my order of personalized plates. completely kidding…i kept them. ok there were never personalized “pepps” plates.

had there been, however, it seems i might not have had to return them after all…

one night, during a family dinner, i decided to gift my family members with a laugh; the story of my pathetic nickname search. i told them about pepps and my attempt to get julia to catch on to it. somehow i walked away from that dinner with only minimal verbal abuse.

then the unthinkable happened: a couple of days later, i received an e-mail from my dad,

and then a couple of days later, a text from my aunt,

“I mean it-it’s great! thank you for letting me read this, babe (i mean pepps!)”

it would seem all the years of sneaky, anguished nickname infiltration had finally payed off.

i was overjoyed for about a minute, until i realized it wasn’t an authentic nickname – it had no purpose, except for maybe the pathetic little story that came along with it, and it was something i had given myself, which completely defeated the whole amazing-ness of the nickname.

with this realization, i officially ended my search, and instead i am majorly elated by the loving nicknames my family and friends have given me. i also realized that while searching for a ~friendship nickname~ i really just obtained another family nickname. ironic? JAH!

so, if you love your friends you will immediately make them a nickname, because who knows, there could be a best friend who secretly wants a nickname right under your nose…

am a 22 year old (wo)manchild, with an affinity for cacti and secretly recording myself singing songs by rihanna...
View all posts by glowerpower →
This entry was posted in Stories and tagged family, friends, humour, nicknames, story. Bookmark the permalink.